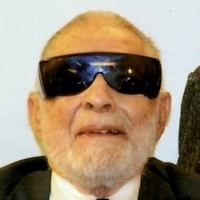 Wayne Zoutendam, 85, went to be with his Lord on Sunday, January 5, 2020. He passed away in the presence of family after a battle with pneumonia. Despite blindness from a young age, he was a master carpenter who devoted his gifts to the service of others at home and around the world.

Wayne was born on April 10, 1934, in Sheboygan County, Wisconsin. He attended a one-room school through eighth grade, then graduated as valedictorian of the Oostburg High School class of 1952. He then attended Central College in Pella, Iowa, where he met Beulah Roorda, the love of his life and his wife of 64 years. He later graduated from the University of Wisconsin-Eau Claire and worked as an educator for nearly two decades, first in the Neillsville public schools, and then in the Division of Vocational Rehabilitation (DVR) as a counselor for the blind. He himself had received training through the DVR for his earlier work as a medical transcriber.

After retirement in 1996, Wayne served as a construction volunteer with Wycliffe Associates, a worldwide missionary organization supporting Bible translation. He worked on projects in Africa, East Asia, and Central America, and also at the International Linguistics Center near Dallas, Texas, where he and Beulah spent their winters. He applied Wycliffe’s principle of volunteer labor locally as supervisor for the construction of Living Hope Church in Neillsville. His expertise in the tools of the trade astonished just about everyone but himself; he was a constant source of surprise and inspiration on the worksite.

A memorial service is being planned for a later date at Living Hope, the church he helped to build.

To order memorial trees or send flowers to the family in memory of Wayne W Zoutendam, please visit our flower store.