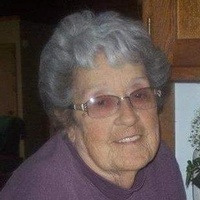 Wanda Rae Bottorff was born on May 20, 1931 in Colby, Kansas the daughter of Clifford and Francis (Smith) Bottorff. She graduated from Colby, KS High School in 1949 and then attended Brown Mackie College, where she earned a degree in Business. She was married to John Melvin and they later divorced. On December 31, 1955 she was united in marriage to Raymond A. Smith in Colby, KS. In 1957, they moved to Pray Road in Neillsville and in 1962 they moved to their long-time residence on US Highway 73 in the Town of Washburn. Early in their marriage, Wanda, worked on the family farm and raised their children. Later, she worked, for a long time, at the Co-op Transport in Neillsville as their bookkeeper. After the Co-op closed in 1982 she went to work for Weinbrenner Shoe Company and then Figi’s both in Marshfield, WI. Wanda also worked the switchboard at the Memorial Medical Center in Neillsville and as an assistant at Sunburst Youth Homes in Neillsville. She retired in 1994 to care for her husband. After Raymond died in 1996, Wanda did some babysitting for her daughter, Deenie’s children. Wanda most enjoyed spending time with her large family.  She was very proud of all her children and grandchildren. She and dad would often say...look what we did ...the big family they created was their greatest accomplishment.

Wanda was a long-time member of the United Church of Christ in Neillsville. She was also a member of the Washburn Homemaker’s Club. Her passion in life was reading, and she enjoyed visiting the Chippewa Flowage in the Hayward, WI area. Wanda also loved a good black cup of coffee, spending time playing cards with the ladies and a good romance novel.

Wanda was preceded in death by her husband, Raymond and her parents.

To order memorial trees or send flowers to the family in memory of Wanda Rae Smith, please visit our flower store.