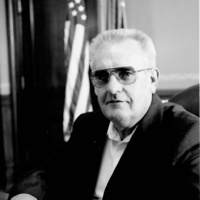 Walter E. Wetzel, 88, of Neillsville passed away at his home after a battle with cancer on March 1, 2022.

Walter Emil Wetzel was born on February 22, 1934 to Emil and Meta Wetzel in the township of Pine Valley, Clark County, Wisconsin.  Walter attended St. John’s Lutheran School and graduated from Neillsville High School in 1953.  After graduation Walter bought a canned milk route he owned for many years and in the spring of 1959 he purchased his farm north of Neillsville now owned and operated by his son, Jim.  In Sept 1959 Walter was united in marriage to Joyce Neeb and together they had 5 children.

Walter represented the Neillsville schools and community for many years. Walter served on the Neillsville Board of Education for 30 years and was selected as the board president for many of those years. During those years, he continually supported new opportunities for students, and the maintenance and upgrading of all school facilities.

Walter was preceded in death by a daughter, Betty Jean, his parents and a grandson, Jacob, 2 sisters and their husbands, Hazel (Cliff) Roehl and Florence (Leo) Wiesner.

To order memorial trees or send flowers to the family in memory of Walter Emil Wetzel, please visit our flower store.