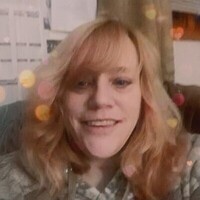 Tina Marie Kubatzki was born on September 27, 1973, the daughter of Geroge and Barbara (Prochnow) Kubatzki.

She was preceded in death by her mother, Barbara, a sister, Wendy Rolfson Ratsch, and her grandparents.

To order memorial trees or send flowers to the family in memory of Tina Marie Kubatzki, please visit our flower store.