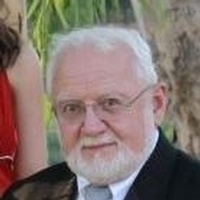 On Monday, December 4, 2018, Thomas Leo Schaub, loving husband to Rose and. father to Alicia Schaub and Step Father to Jon and Holly LaVoy, passed away at age 74.

Tom was born on June 25, 1944 in Chicago, Illinois to Dorothy Brown and was adopted by Henry C. Schaub and Thelma A. Schaub on July 24, 1944. His birth name was Michael Ray Brown, changed to Thomas Leo Schaub by his adopted parents. They moved to Neillsville, Wisconsin in the late 1950's. Tom graduated from St. Mary's Catholic School and attended Neillsville High School. Tom served in the Navy from 1963-1967. In 1967, he moved to Green Bay, Wisconsin and worked for several automobile dealers until he moved back to Neillsville in 1974. He had his own used car business, Car Corner, until starting to work at Gross Motors, Inc.in 1975.In 1998 he moved to Marshfield, Wisconsin and was the General Manager of Gross Motors of Marshfield. In 2001he semi-retired to South Dakota, and had a used car dealership in Custer, South Dakota and built his pride and joy restaurant called Desperado in Hill City, South Dakota.

On June 30, 2012, Tom married Rosalinda C. Buenaventura and their business became known as Tom and Rose Schaub Team Realtors in Gold Canyon, Arizona. Prior to that, Tom worked at Weichert Realty, Lost Dutchman Realty, and Homesmart Realty. His great wit with people built up an amazing friendship with his clients which stayed with him at his bedside through the end of his life.

Tom had a passion for horses. He also loved to go fishing, and building things for his wife, Rose, to make her garden beautiful.

His Memorial will be held at Gesche Funeral Home at 4 S. Grand Ave. Neillsville, WI on December 15, 2018.Visitation will be from 1-2:00 pm with the service at 2:00pm.Burial at the Neillsville City Cemetery will follow.

To order memorial trees or send flowers to the family in memory of Thomas Leo Schaub, please visit our flower store.