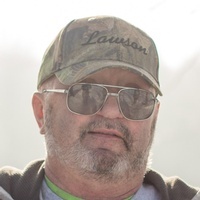 Thomas Leo Rueth was born on September 2, 1952 in Marshfield, WI this son of Eddie and Florence (Schmidt) Rueth.  He attended grade school at St. Anthony’s Catholic School and went on to graduate from Loyal High School in 1971.  Thomas worked as a truck mechanic, had a CDL truck license and was known as a jack-of-all trades.  On September 25, 1976 he was united in marriage to Anna M. Carlberg at St. Anthony’s Catholic Church in Loyal by Father Chester Osowski.  Thomas loved to fish and hunt and later in life enjoyed singing in the church choir at St. Anthony’s where he was a member.

Thomas was preceded in death by his parents, his mother and father-in-law, Richard and Irene Carlberg, a sister, Pattie Bangart, brothers, Robert Rueth and Ralph Rueth, nieces, Anna Marie and Angel Dawn, a nephew, Adam and 2 brothers-in-law, Jeff Fleming and Joe Roback.

The Gesche Funeral Home is assisting Thomas’s family with the funeral arrangements.

To order memorial trees or send flowers to the family in memory of Thomas Leo Rueth, please visit our flower store.