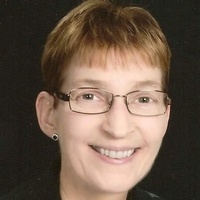 Sue Daniels, 64, passed away on Saturday, September 29 after a brave battle with ALS with her husband of nearly 46 years by her side.

Susan Kae Galetka was born on October 14, 1953 to Charles and Lois (Fleischmann) Galetka in Milwaukee, Wisconsin. While attending Neillsville High School, Sue worked at both the nursing home and clinic in Neillsville. Following graduation, she attended Western Wisconsin Technical School in La Crosse where she also worked as a waitress at the Bodega Café. Sue starting working at the Marshfield Clinic in September 1972. In September 2012, she retired as a Certified Professional Coder after 40 years of service.

Sue married the love her life, Steven L. Daniels on her 19 th birthday, October 14, 1972. Together they enjoyed two overseas excursions visiting London and Paris. Memories were made on their vacation to Hawaii as well as numerous bus trips across the country. From visiting Civil War battlefields to the Greenbriar Resort in West Virginia, to seeing the monuments in Washington DC lit up in the moonlight, Sue was always up for an adventure. An avid Green Bay Packers fan, she ritualistically set up her “shrine” at the beginning of each season.

ALS is an unforgiving disease. It not only attacks your body but your ability to communicate. Despite her early loss of speech, Sue still strived to converse with everyone through her trusted dry erase board as well as through email and Facebook. As the ink ran dry in one of the markers, she even joked, writing, “Well, I do talk a lot!” With the support of family and friends she was able to complete the full 1 mile walk at the annual ALS Steps for Hope fundraiser just a few short weeks ago.

Sue is survived by her husband Steve and their children, Tina (Christopher) Mueller of Marshfield and Matthew Daniels (Ashley Anticete) of Madison. She is further survived by her four grandchildren: Logan, Bailey, and Gavin Mueller, and Addison Breggman.

In lieu of flowers, please donate to the charity of your choice.

The Gesche Funeral Home is assisting Susan’s family with the funeral arrangements.

To order memorial trees or send flowers to the family in memory of Susan Kae Daniels, please visit our flower store.