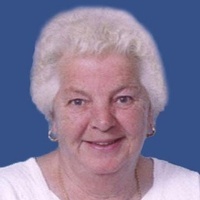 Ruby D. Luedtke, 85, of Neillsville, WI died on Friday, May 10, 2019 at the Three Oaks Health Care Center in Marshfield, WI under the care of Ascension Hospice.

Ruby Delores Lenox was born on July 29, 1933 in Racine, WI, the daughter of Henry W. and Nellie C. (Hires) Lenox.  She attended the Bristol Grade School and Wilmont High School in Kenosha, WI.  She was united in marriage to Herman A. Luedtke, Sr. on July 17, 1954 in Sturtevant, WI.  Together they farmed and raised 12 children.  Ruby loved gardening, canning and raising geese.

Ruby was preceded in death by her husband, Herman and a son, Kurt.

To order memorial trees or send flowers to the family in memory of Ruby Delores Luedtke, please visit our flower store.