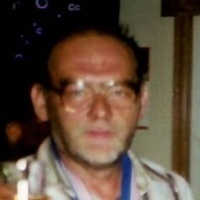 Robert was born October 17, 1945 in Neillsville, WI to Harry and Dorothy Ockerl.  After attending Neillsville Schools he resided on his parent’s farm where he helped with chores and gardening.  Bobby was handy with electrical work.  He was also a very talented carpenter, constructing homemade Christmas decorations that lit the entire front yard, causing passerbys to stop and enjoy the display for many Christmas seasons.  He also enjoyed several hobbies throughout his life, tinkering around repairing clocks, motors, lamps and all manner of electrical and non-electrical devices.  When a radio refused to play, Bobby found the reason and fixed it with pride.  Bobby enjoyed hunting and fishing with his family and  was eager to challenge anyone to a game of pool.  Back in the day, he participated in the annual Willard Polka Fest by assisting in setting up tables for the event.  He loved polka music.  Bobby also lit fireworks at the Willard bar for the 4th of July.

All who knew Bobby knew he rode the tires off many bicycles during his lifetime.  Winning first place in the Willard to Rock Dam bicycle race in 2000 was proof of that.  Bobby kept busy helping neighbors and friend with all manner of odd jobs.  After all, who was able to stack a hay wagon as high and tight as he could.  If your wood needed splitting and stacking, your ditch needed weed whacking or you needed a hand with chores….just call Bobby.  He never hesitated to lend a hand to so many.  We’ve been told, “Bob would give the shirt off his back to help his friends.”  He also had a tender place in his heart for his kitties and other animals.

Bobby was preceded in death by his parents, Harry and Dorothy Ockerl.

He is survived by his sisters, Barb Jerome of Holcombe, Betty (Gene) Ockerl of Marshfield, 2 nephews, Kenny and Jimmy, 2 nieces, Chrissy and Amanda and several cousins.

There will never be another Bobby and he will be forever remembered.

To order memorial trees or send flowers to the family in memory of Robert Harry Ockerl, please visit our flower store.