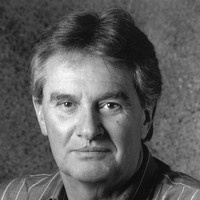 Neillsville - Robert “Bob” Keller, age 80, of Neillsville, died Sunday, September 15, 2019. He was born in Waunakee, the son of John and Theresa Keller. He married Joyce Klubertanz and together they had two sons and a daughter. He married Christine Witham in August of 1974 and added two more sons to the family. Bob was blessed with 8 grandchildren and 6 great grandkids. He loved being Dad and Grandpa, he adored his kids and would do anything for them. His advice came freely. He was known for his dry sense of humor and his particular style of delivery. His comfort zone was at home, feeding the birds, reading and keeping up with the news.

Bob worked in the printing industry as his career—he always enjoyed telling folks he was a lithographer. He retired from Litho Productions in Madison.

Bob was a US Army veteran. He was known as “Sarge.” His reserve unit, the 826 ORD CO was activated and shipped to Viet Nam after the Tet offensive. His main job overseas was supervising loading and field operations at Long Binh. Of his service he said “I remember so clearly those days at Long Binh and my memories about the experience. At my age, my memory is just about shot, except for this experience. I would never give up the opportunity to serve with the fine men of the 826 ORD CO. If I had it to do it again, I would, no question.” Like many veterans, he carried a reverence for his fellow servicemen, especially for those that gave their last full measure.

He is survived by his loving wife of 45 years, Chris; his children, Kurt D. Keller of Cottage Grove, Steven J. Keller of Wisconsin Dells, Kimberly A. Keller (Jody Malcolm) of Sun Prairie, Brian E. (Jana) Keller of Duluth, MN and Jeffrey T.(Katrina) Keller of Milwaukee. His legacy, his grandchildren: Josh (Julia), Chris (Amy), Danielle, Stephanie, Jenifer, Oliver, Boris and Sammy. The greats: Sawyer, Finley, Colton, Ryan, Hailey and Parker. He is further survived by his sisters Shirley Panas and Evelyn (Russ) Fleming, his brother Don (Nancy) as well as many loving nieces and nephews. He was predeceased by his brother Jack (Judy), brother-in-law Nick (Shirley) Panas, his granddaughter Danielle and his parents.

A huge, heartfelt thank you to all the nurses, doctors, aides and staff from SSM Health in Madison, Marshfield Medical Centers in Neillsville and Marshfield, Ascension Home Health and Hospice. Each and every one of them did their best to care for Bob and to make his final days honorable and dignified as was humanly possible. We would have been absolutely lost without the care and concern of our many dear friends who gave us invaluable support throughout his illness. We remain in your debt.

A Memorial Mass of Christian Burial will be held at 11:30 a.m., Saturday, September 28, 2019 at St. Mary’s Catholic Church in Neillsville, WI. Rev. Varkey V. Joseph will officiate. Providing music will be Vicente Cortez, organist and St. Mary’s Choir. Military Rites will be accorded by the Neillsville Veteran’s Council. Visitation will be held from 4:00 to 7:00 p.m., Friday, September 27, 2019 at the Gesche Funeral Home in Neillsville, WI and also from 10:30 to 11:30 a.m., Saturday morning at the church. Interment will be in Resurrection Cemetery in Madison, WI at a later date.

In lieu of flowers memorials, in Bob’s name, may directed to the charity of your choice

To order memorial trees or send flowers to the family in memory of Robert Joseph Keller, please visit our flower store.