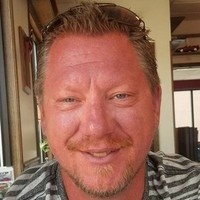 Rick Jay Schmitt was born on August 17, 1968 in Marshfield, WI the son of Neil Arthur and Mabel Marie (Meyer) Schmitt. He worked for many years in maintenance in the area. He had a love for Harley’s and animals and was a huge fan of Zwarte music. Rick was known as a “Dart God” to his friends and family and he loved to spend time with his family and friends.

He was preceded in death by his parents, Neil and Mabel Schmitt.

A Memorial Service for Rick will be held at 11:00 a.m., Tuesday, November 26, 2019 at Gesche Funeral Home and Cremation Service in Neillsville, WI. Pastor Terry Marg will officiate. Visitation will be from 10:00 to 11:00 a.m., Tuesday at the Gesche Funeral Home. Following the service, a meal and refreshments will be provided by the family at Polzin’s Pub and Grub in Granton, WI.

To order memorial trees or send flowers to the family in memory of Rick Jay Schmitt, please visit our flower store.