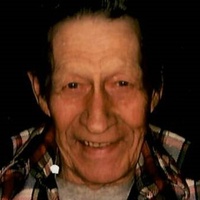 Raymond Clarence Kopp, 92, of Humbird, WI was called home by our Lord and Savior, Wednesday, August 13, 2020 in his home with his family by his side.

Raymond was born on July 20, 1928 in rural Neillsville, WI to George and Bernice (Winton) Kopp. He attended Neillsville High School and later went on to marry the love of his life, Cornelia M. O’Leary of Humbird on August 5, 1950. They were happily married for 64 years and made their home in Humbird.

Raymond was born again on June 25, 1993 when he accepted Jesus Christ as Savior. The following verse spoke to his soul…” For the wages of sin is death; but the gift of God is eternal life through Jesus Christ our Lord.” -Romans 6:23

Raymond is survived by three of his children. His son, Marvin (Earlene) Kopp, Rick (Lori) Kopp, and his daughter, Karmen (Kenneth) Deal, as well as ten grandchildren and many great grandchildren, all of Humbird. He is also survived by two sisters, Gladys King of Red Granite, WI and Arlene Runge of Neillsville, WI.

Raymond was preceded in death by his best friend and the love of his life, Cornelia, a daughter, Kathleen, a grandson, Scott Kopp, his parents, George and Bernice Kopp, little brother, George Kopp and older sisters, Hattie Winton and Ruby Wiegman.

Raymond started working as a young man in the Humbird Canning Factory making $0.75 cents an hour. In 1952, he bought a milk route and a brand-new international delivery truck. He worked the milk route for several years until starting a family. He was then employed by the Humbird Cheese Factory for several years. After that, he worked for Lunda Construction, building bridges and LG Arnold Construction. Raymond then worked at the Inland Steel Iron Mine in Black River Falls, WI for over fifteen years until it’s closing at which time he retired. After retiring, he maintained the Mentor Cemetery for over 20 years, for which he took great pride.

Raymond’s greatest joys were his family and his beloved dog, Philly. He loved his children, grandchildren, and great grandchildren all of whom brought joy to his life. He was an avid outdoorsman who enjoyed hunting, trapping and fishing. He especially loved hunting in “the big swamp” where he had many successful hunts. He was the strength of our family and our biggest supporter. We will carry him in our hearts forever and he will never be forgotten.

To order memorial trees or send flowers to the family in memory of Raymond Clarence Kopp, please visit our flower store.