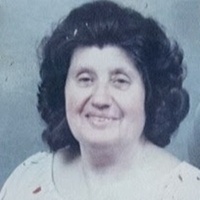 Patricia Ritter passed away peacefully February 22, 2022, at her home in Granton Wisconsin after a brief illness.

A celebration of life will be held for family and friends at a later time with her cremated remains being placed next to her husband at the Windfall Cemetery in Granton, WI.

Patricia Nancy Lou Bender was born May 23, 1936, in WI to Harold Otto Bender and Mary Francis (Craig) Bender. Unfortunately, her mother had tuberculosis and was confined to the Pinehurst TB hospital in Janesville WI therefore Patricia was raised by her Aunt Gertrude Bender and her husband Fred Barfknecht in the Owen WI area for the first 10 years of her life and then reunited with her biological parents living in the Spooner area. Patricia married Arlyn P. Ritter October 16, 1954, in Stillwater Minnesota. They had two sons Arlyn Jr. and Clark (Corky) Ritter. Patricia worked many years for and retired from Weyerhaeuser door factory in Marshfield WI. Patricia was a hard worker and supported her family while her husband "Whitey" took care of things at home. She and her cousin Carol Brown loved to travel together, and she was proud that they accomplished visiting each of the 48 continuous states. Pat also really enjoyed feeding and watching the birds outside her large living room window. Patricia was kind, humorous, generous and above all else a humble woman who loved her family more than anything.

Patricia was preceded in death by her parents, her husband, her special cousin, Carol Brown, and her brother, Craig (aka Richard) Bender. Patricia knew the "good Lord" as she often called him, and we know she has found peace and everlasting life in heaven.

To order memorial trees or send flowers to the family in memory of Patricia Nancy Lou (Bender) Ritter, please visit our flower store.