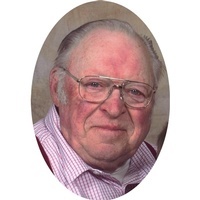 Norman Wesenberg, age 83, of Granton, WI died Saturday, February 3, 2018 at the Marshfield Medical Center.   Norman Oscar Wesenberg was born on October 21, 1934 in the Town of Lynn, Clark County, Wisconsin the son of Fred and Vera (Sternitzky) Wesenberg. He attended Mayflower, Lutheran Parochial School and Granton High School graduating in 1952. He then attended UW – River Falls for a short while. On November 3, 1954 he joined the United States Army and served in Fort Leonard Wood, MO, Fort Sill, OK and various forts in Germany. He was honorably discharged on October 17, 1956 and was united in marriage to Carol Jean Garbisch on August 22, 1959 in Granton, WI. He was confirmed at Zion Lutheran Church Missouri Synod, and was a member of Zion American Lutheran Church, ELCA but attended Methodist churches in Granton and Chili.   Casey was a man of many vocations in central Wisconsin. Farmer for seven years, hauled milk for Schmidt and Lynn Dairy, then worked for Panter and other cranberry marshes. He had a small business in Loyal, WI, drove vans for Abby Vans in Neillsville and Comfort Carriers in Medford.   It wasn’t all work; his interests were in sports. He umpired many ballgames in Granton, was a baseball manager and earned the nickname, “Casey”. He traveled throughout the 50 states, England and Germany. Through the years, Norman and Carol Jean, hosted exchange students at their home. He greatly appreciated their foreign exchange student, Josy Peukert from Germany. In 2011, Norman and Carol Jean were chosen as “Honored Citizens” for the Granton Fall Festival.   Norman was a member of the Loyal American Legion and VFW of Neillsville. He was a Town of Lynn Board member, a Clark County Board member and a member of the West Central Regional Planning Commission. He enjoyed being with his grandchildren, Justin and Kristi and especially his great grandson, Caleb Jensen. He enjoyed religious music and opera music and was an avid coin collector.   He will be missed by his loving wife of 58 years, Carol Jean, daughter, Lynn (Steve) Clark of Chili, WI, grandchildren, Justin of Georgia and Kristi of Minnesota, a great grandchild, Caleb Jensen and his parents – Matt and Aimee of Mosinee, WI. He is further survived by a sister, Frieda (Verlyn) Rollins of Granton, WI a brother, Roy (Dawn) Wesenberg of Wisconsin Rapids, WI, a sister-in-law, Carolyn Wesenberg of Marshfield, WI and many aunts, uncles, nieces and nephews.   He was preceded in death by his parents, Fred and Vera Wesenberg and brothers, Arnold “Doc” and Harvey Wesenberg, and sisters-in-law, Marlene and Gloria.   Funeral Services for Norman will be held at 11:00 a.m., Wednesday, February 7, 2018 at the Zion American Lutheran Church in Granton, WI. Pastor Daniel Zimmerman will officiate. Music will be provided by Caroline Helm, organist. Interment will be in the Town of Lynn Cemetery at a later date. Visitation will be from 5:00 to 9:00 p.m., Tuesday at the Gesche Funeral Home in Neillsville and from 10:00 to 11:00 a.m., Wednesday at the church.   In lieu of flowers memorials may be directed to the Immanuel United Methodist Church, W920 North St., Chili, WI 54420, Zion American Lutheran Church, W2824 Hill Rd., Granton, WI 54436.   Honorary casket bearers are: Dean Rollins, David Rollins, Justin Clark and Darrin Loberg.   Casket bearers are: Craig Wesenberg, Bo Hanuszczak, Steve Rollins, Brian Wesenberg, Dale Wesenberg, Keith Loberg.   Online Condolences may be made at www.geschefh.com.   The Gesche Funeral Home is assisting Norman’s family with funeral arrangements.
To order memorial trees or send flowers to the family in memory of Norman "Casey" Oscar Wesenberg, please visit our flower store.