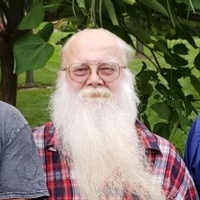 Michael Wortman, age 64, of Neillsville, WI passed away on Friday, November 23, 2018 at his home in Neillsville.

Michael Thomas Wortman was born on August 18, 1954 in Watertown, WI the son of Thomas and Beverly (Pranger) Wortman. He graduated from Kettle Moraine High School in Wales, WI and then shortly after became a billiards instructor and bar manager. In the mid 1970’s Michael began a career as an over-the-road truck driver. On October 10, 1981 he was united in marriage to Cindy Zickert in Neillsville. In 1983, they had their first son, Nathan and in 1987 they had their second son, Brandon. Mike and Cindy later divorced in 2006 and Mike retired from driving truck in 2009 after 30 plus years on the road.

He was preceded in death by his parents and a brother, Russell Wortman.

The Gesche Funeral Home is assisting Mike’s family with arrangements.

To order memorial trees or send flowers to the family in memory of Michael Thomas Wortman, please visit our flower store.