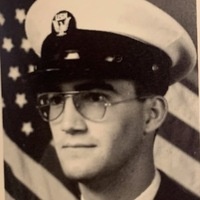 April 15th, 1956 - April 14th, 2022 Michael Wayne Grap, age 65 of Neillsville, WI crossed over on Thursday, April 14th, 2022, at Gunderson Clinics in La Crosse, Wisconsin. Michael was born on April 15th, 1956, to Wayne and Vickie Grap. He attended school and graduated from Neillsville High School May of 1974. He was a Corpsman in the US Navy from August 29, 1974, until August 28, 1979, where he was assigned to the USS Charleston. On August 29th, 1979, he was transferred to the Naval Reserve and was proud to be of service to his country. Michael is survived by his mother, Vickie Grap of Marshfield, WI. His brothers, Kevin, Mark and Justin, his sisters Tammie, Kaila and Kirstin. His son, Christopher Michael Grap, and grandchildren, Christopher Michael Jr., Christine, Cecilia, great-grandchildren Josiah, Christopher III, and Layla. Three daughters: Amanda (Grap) Knoll, Son in Law Nathaniel, granddaughters Lillian, Daisy, and Azalea. Jada Grap and grandchildren, Ava, Addison, Ogimaa, Lila, Logan and Ali. Kaila Ann Grap and grandchildren, Gabriel, Brianna, and Isaiah. Michael is preceded in death by his father Wayne F. Grap. There will be a visitation on Saturday, April 23rd, one hour before the funeral service at Gesche Funeral Home in Neillsville with the service to be at 1:00 p.m. Military honors to follow. Online Condolences may be made at www.geschefh.com. The Gesche Funeral Home is assisting Michael’s family with funeral arrangements.
To order memorial trees or send flowers to the family in memory of Michael Wayne Grap, please visit our flower store.