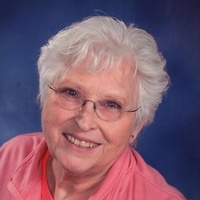 Mary Lou (Hagie) Meredith, age 81, died peacefully with her family at her side on March 17, 2019 at Marshfield Medical Center.

She was born March 4, 1938 to Ed and Amelia (Carderelle) Hagie in Granton, WI. She lived and went to school in Shortville up to 8th grade; family moved to Neillsville where she graduated from NHS in 1956. She was confirmed at the Congregational Church and then belonged to the United Church of Christ. She was married in 1956 to Thomas Meredith.

While raising five daughters she was active in their 4-H Club acting as food, drama and softball leader. She was a league bowler, was treasurer for Thusday league and city association and won first place on Class B doubles in a state tournament. She also worked at Jenni Floral and The Clark County Press.

After a divorce, she worked at Luedtke Floral, Clark County Insurance Agency where she moonlighted as a cook first at the Riveria and then the Hacienda. In 1984, she bought a restaurant on Division Street, naming it Mary Lou’s Restaurant, where the best home-cooked food was served for fifteen years. She sold her business in 1999. She moved to Eau Claire in 2000 to live closer to her family where she worked part-time cooking and baking at Oak Leaf Surgical Hospital.

In 2010, she moved back to Neillsville where she was an active member of the United Church of Christ having served as Junior Choir Director and singing many years in the church choir, served on the Music Committee and belonged to the Circle of Friends, serving as secretary and treasurer.

She was preceded in death by her parents, a daughter, Tracey Rueth, three brothers, Douglas, Gordon and John “Jack” Hagie and one sister-in-law, Lillian Hagie.

To order memorial trees or send flowers to the family in memory of Mary Lou Meredith, please visit our flower store.