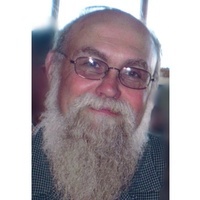 Larry Roy Kosmosky was born on September 16, 1958 in Neillsville the son of Stephen and Iva (Goetzka) Kosmosky. He attended grade school at St. John’s Evangelical Lutheran School in Neillsville and graduated from Neillsville High School in 1976. During high school, he farmed with his father and worked at Becker’s Holiday Gas Station. Larry attended CVTC in Eau Claire where he earned a degree in Automotive Mechanics. He returned to Neillsville on the weekends to see his fiancée, Caroline Langreck and work for Gross Motors. Caroline and Larry were united in marriage on August 12, 1978 at St. Mary’s Catholic Church in Neillsville. Larry continued to work for Gross Motors for 40 years, earning the title Lead Mechanic and became known as the “go-to guy” for any issue.  In 1997, he built a shed at home so he could help more people with fixing their cars.

He was a kind-hearted person who liked helping people. He enjoyed fishing and hunting with family and friends and, of course, he enjoyed fixing cars and truck pulls. He loved to restore old muscle cars, especially his ’67 Chevy Chevelle.  Larry was also very involved with the Neillsville Gun Club and loved to shoot trap. His most enjoyable times, though, were spent with his family. When their children were young, they enjoyed camping. He enjoyed time spent with his wife’s family also and adored time with his grandchildren, which included going on “pretend” hunting adventures.

He was preceded in death by his parents, a brother, Roger in October of 2017 and a beloved niece, Kattie Langreck.

Funeral Services for Larry will be held at 1:00 p.m., Tuesday, June 26, 2018 at St. John’s Evangelical Lutheran Church in Neillsville. Pastor Timothy Biebert will officiate. Interment will be in the Neillsville City Cemetery. Visitation will be from 10:00 a.m. to 12:45 p.m., Tuesday at the church.  There will be a Celebration of Life at the Neillsville American Legion following the interment on Tuesday.

In lieu of flowers memorials may be given in Larry’s name to the American Cancer Society, www.cancer.org.

To order memorial trees or send flowers to the family in memory of Larry "Howie" R. Kosmosky, please visit our flower store.