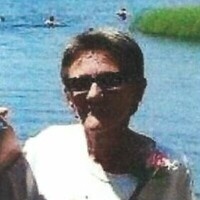 Kathy Jean Pearson was born on May 11, 1953 in Ladysmith, WI the daughter of Joel and Lorraine (Knobeck) Pearson. She grew up in Radisson, WI and then moved to the Nekoosa-Babcock area. She married Michael Drinka and they moved to Neillsville. They later divorced and Kathy moved to the north woods of Wisconsin and married Stephen Johnson. They later divorced and in the early 2000’s she moved back to Neillsville. She worked for Terry and Annette Marty at Marty’s Foods in the bakery department until her retirement.

She was preceded in death by her parents and a brother, Leland.

Funeral Services for Kathy will be held at 11:00 a.m., Saturday, November 7, 2020 at the Living Hope Evangelical Free Church in Neillsville, WI. Pastor Steven Wentz will officiate. Music will be provided by Kathy Meshnick, organist. Interment will be in the Columbia Cemetery in Hewett Township, Clark County, Wisconsin. Visitation will be from 4:00 to 7:00 p.m., Friday, November 6th at the Gesche Funeral Home in Neillsville and from 10:00 to 11:00 a.m., Saturday, November 7th at the church.

To order memorial trees or send flowers to the family in memory of Kathy Jean Pearson, please visit our flower store.