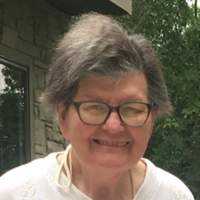 Karen Christine Erpenbach, 78, of Neillsville, passed away peacefully on Saturday April 11, 2020 at the Marshfield Medical Center in Marshfield with her family at her side.  She had courageously battled lung cancer for over 5 years.

Karen was born on January 23, 1942 on a farm in Menomonee Falls, WI to Richard and Martha (Weinz) Lange.   She attended the Oakwood one-room schoolhouse through 8th grade.  She actually skipped 6th grade, an occurrence that wasn’t so unique as multiple grades would be taught in the same room and lessons were heard multiple times and things could be picked up more quickly.  She also helped many of her younger classmates.  This was the beginning of her love for teaching and interesting enough, she would later teach children the most in the grade she skipped.  Growing up, Karen and her sisters would work on the farm, primarily with the vegetables.  They would take orders for fresh vegetables for many grocery stores around the Milwaukee area and spend their summer days and fall weekends picking rhubarb, kohlrabies, beets, dill and other vegetables.  This led Karen to have a lifetime of enjoyment in gardening.

After graduating from Menomonee Falls High School in 1959, she attended Carroll College (now named Carroll University) in Waukesha, WI and graduated with a degree in education.  She eventually received her master’s degree from University of Wisconsin Madison.  Knowing that it would be easy to stay at home on the farm and find a teaching job nearby, she instead applied to positions all over Wisconsin and leave the comfort of the farm life she only knew.  She accepted a teaching position in Stratford, WI in the fall of 1963.   There Karen taught 4th, and 5th grades and there she also met Donald Erpenbach.  They would marry on January 29, 1966 in Waukesha, WI.  They later divorced on July 30, 1990.  After Donald took a position in 1970 as superintendent and principal of the Granton School District, Karen accepted a teaching position in Neillsville School District.   There she taught English, math, and social studies through the years and primary at the 6th grade level.   She always said that this pre-teen age was challenging as the girls were growing into young women, but the boys were still boys.  Regardless, Karen found it to be the most rewarding grades to teach.  Over the years, she taught multiple generations and would find herself calling a student by their father or mother’s name who she also had as a student years earlier.  After teaching for a total of 44 years, she retired in 2007.

Throughout her life Karen had a love for travel.  She would often weave her travel experiences into her teaching.  She visited over 30 countries including Eastern Europe and the Soviet Union in 1970 which was during the height of the Cold War.  Karen also visited Egypt and explored the inside of the Great Pyramid of Giza in Egypt in 1999 and went to China and walked on the Great Wall in 2011.   Even when home she was never one to sit idle, often walking multiple miles each day around the city of Neillsville.   Finally, Karen was one of Jehovah’s Witnesses, and served faithfully until her death.  She was dedicated to her congregation and would often help those in need of transportation, healthcare or support.

Karen is survived by her extremely grateful son Eric (Rachel) of Oronoco, MN, granddaughters Sophie and Macey, sisters Janet (Doug) Buck of Hixson, TN and Linda (Bob) Baer of Sun Prairie, WI and numerous nieces, nephews and friends.  She is preceded in death by her parents.

A memorial for Karen will be planned for a later date.  Geshce Funeral Home and Cremation Service is assisting in the family with arrangements.

To order memorial trees or send flowers to the family in memory of Karen Christine Erpenbach, please visit our flower store.