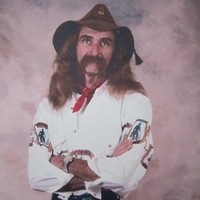 Jeffery Jay Bryan was born on March 6, 1959 on the Bryan farm in Neillsville, WI the son of Wayne and Mary (Vinney) Bryan. He served in the United States Army and was united in marriage to Patricia M. Barrett on April 20, 1981 in Douglas, WY. Jeff was a Jack-of-all-trades. He held several jobs, the most recent being an over the road truck driver for the past 20 years.

He loved horses, dragons, rock-n-roll music, dancing, but he especially loved his grandbabies.

He is preceded in death by his father, Wayne and a sister, Jane Bryan.

Per Jeff’s wishes no services will be held. A celebration of life will be held at a later date in Wyoming.

To order memorial trees or send flowers to the family in memory of Jeffery Jay Bryan, please visit our flower store.