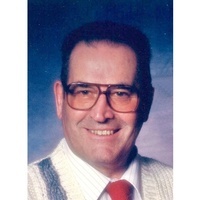 Howard Schultz, age 92, of Neillsville, WI died Monday, February 26, 2018 at the Neillsville Retirement Community.   Howard Ardell Schultz was born on August 13, 1925 in the town of Weston, Clark County, in the wood shed as his parents, Otto and Vivian (Buettner) Schultz, were building their house. He was baptized at Immanuel Lutheran Church of Globe, attended Globe Grade School and Neillsville High School. He was united in marriage to Joyce B. Stigen on February 2, 1946 at the Immanuel Lutheran Church in Globe. They moved to Loyal, where he worked on the new Highway 73. A few years later they moved to Chili where he drove truck for a few years. They then moved back to the home farm. They farmed there for several years before buying a farm down the road. They would live there the next 48 years. Howard also received his Diesel Mechanic’s license and worked for V&H Ford for 35 years. He was involved in many things over the years. He was a farmer, truck driver, mechanic, welder, and carpenter as well as serving as Treasurer for the Town of Weston for 20 years, on the Clark County Board for 10 years, Clark Electric Board for 10 years and of course, on the Immanuel Lutheran Church Council. They moved to Neillsville in 2012 where he enjoyed visiting and playing cards and Bingo several times a week. He received a computer for Christmas when he was 90 and he did pretty well with that.   Howard is survived by his wife of 72 years, Joyce, 3 children, Dennis (Debbie) Schultz of Greenwood, Pixie (Steve) Opelt of Neillsville and Beverly (Greg) Hinkel of Andover, MN, numerous grandchildren, great grandchildren and great great grandchildren. He is also survived by a sister, Ruth Lechner of Kenosha, WI.   He was preceded in death by his parents, 3 brothers, Wilburt, Robert and Donald and a grandson, John.   Funeral services for Howard will be at 11:00 a.m., Friday, March 2, 2018 at the Immanuel Lutheran Church in Globe, WI. Pastor Nathan Wilke will officiate. Visitation will be held from 4:00 p.m. to 7:00 p.m., Thursday, March 1, 2018 at the Gesche Funeral Home in Neillsville and again 10:00 a.m., to 11:00 a.m., Friday morning at the church. Interment will be in the Immanuel Lutheran Church Cemetery.   Online Condolences may be made at www.geschefh.com.   The Gesche Funeral Home is assisting Howard’s family with funeral arrangements.
To order memorial trees or send flowers to the family in memory of Howard Ardell Schultz, please visit our flower store.