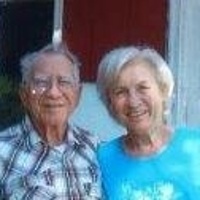 Holly Joy Clapper was born on December 25, 1950 in Oconto, WI the 7th child of Ivandene Franis Pearson and Leslie William Clapper. Her father died in 1954 of a heart attack leaving his wife and 9 children. Holly entered 1st grade in 1956 at Abrams, WI. Circumstances came together in 1960 when Holly’s mother and step-father, Louis Techmeier were married. Mr. Techmeier was a dairy farmer from Lena and the family moved to Lena, WI, where Holly enjoyed milking cows and riding horses with her siblings. She attended a 2-room country school (Sunnybrook) from 1960 – 1964 (That’s where she was when President Kennedy was killed). From 1964 – 1967 she attended Lena High School. For her senior year she lived with her aunt, Kate in Indianapolis, IN and graduated in 1969. She moved back to Lena, WI and married Lloyd Anderson in 1969. A daughter, LaVonne was born in 1970. They divorced in 1972, and in 1974, she married Lynn Strickland. Three children were born to them.

She was preceded in death by her parents, two sisters, Shiela Jarsonbeck and Maureen Barnhardt, one brother, Chris Clapper, brothers-in-law, Jerry and Jack Strickland and a niece, Wendy Eland.

To order memorial trees or send flowers to the family in memory of Holly Joy Strickland, please visit our flower store.