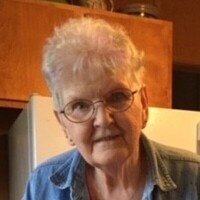 Helen May Champeny was born on May 2, 1939 in Waukegan, IL the daughter of Ernest and Saradel (Herrick) Champeny. She attended Walworth Elementary School and graduated from Lake Geneva High School. She was united in marriage to Kenneth Pfeiffer on April 14, 1956 at St. Charles Catholic Church in Burlington, WI. They lived in Walworth County for ten years and then moved to Clark County in 1966 to a farm. Helen was a stay at home mother until 1975 when she went to work for the Memorial Medical Center in Neillsville. She worked there first as a CNA and later as a Physical Therapy Aide, retiring in 1992. In her retirement years, Helen, along with being a childcare provider for many families in the area, also did many sewing and quilting projects for people and places in the Neillsville area.

Helen was a member of the Neillsville Area Players, often in charge of costumes. She was also a member of the MMC Partners and the Friends of the Library in Neillsville. She was a member of an Applique Club and the Town and Country Quilters Club. Their quilting club made a lot of quilts many that were donated to fire victims, the Clark County Aging Department and the firemen fund raisers. Helen had a love for quilting and especially enjoyed hand quilting. Many of her evenings were spent sitting on the couch quilting. She especially enjoyed giving her quilts away to family and friends.

Due to the COVID-19 virus a private family Funeral Service will be held at this time. However, a Celebration of Helen’s Life will take place at a later date when gatherings are once again allowed.

In lieu of flowers memorials may be directed to Helen’s family for designation at a later date.

To order memorial trees or send flowers to the family in memory of Helen May Pfeiffer, please visit our flower store.