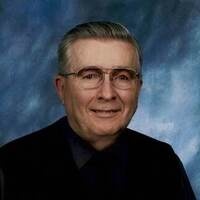 Harry Robert Channing was born on September 13, 1937 in Chippewa Falls, WI the son of Otto and Alvera (Ehrenberg) Channing. He grew up outside Bloomer, WI and after attending teacher’s college began teaching at the age of 19 in 1957 at the Keystone School, a one-room rural school in the Chippewa County area. He then taught at another rural school in the county, instructing first through eighth-grade students in math, science, reading, spelling, social studies and history. He later recalled these as being the happiest years in his 40year teaching career, due to the family atmosphere of the country schools. Harry then moved to Greenwood, WI where he taught for 37 years in the Greenwood School District. He loved his students and took pride in his teaching career, prompting him to earn both his Bachelors and Masters Degrees during his Greenwood years. Harry Retired in 1997. In 1998, Harry became the librarian for St. John’s Evangelical Lutheran Church and School in Neillsville. There he once again found the family atmosphere he loved. He enjoyed that volunteer position until his health forced him to step down at the end of 2019.

Harry was a member of St. John’s Evangelical Lutheran Church in Neillsville. His faith in Jesus Christ's salvation gave him and his St. John's family comfort in Harry's life and certainty of heaven in his death. He loved reading, playing cards, gardening and singing.

He is survived by a brother, Paul Channing of Hayward, WI and two sisters, Pamela (Tom) Olaughlin of Muskego, WI and Willadean Malueg of Clintonville, WI, along with nieces and nephews.

He is preceded in death by his parents.

There will be no services per his wishes.

To order memorial trees or send flowers to the family in memory of Harry Robert Channing, please visit our flower store.