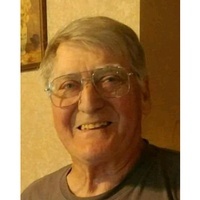 Harold LeRoy Tessman was born on June 24, 1944 in Sparta, WI the son of Harold and Lotis (Chambers) Tessman. He was united in marriage to Shirley A. Hoffschroer on December 8, 1979 in Belvedere, IL. They lived in Marengo, IL for quite a while and Harold worked as a meat cutter. In 1985, they moved to the family farm in Neillsville and Harold worked for Wayne Short at the fur farm.

In his spare time, he enjoyed hunting, fishing and reloading ammunition. However, what he enjoyed most was spending time with his family.

Harold was preceded in death by a son, David, a grandson, Joshua, a nephew, Jeff Tessman, an infant sister, Debbie and his parents.

A Celebration of Rick’s life will be held at a later date.

To order memorial trees or send flowers to the family in memory of Harold "Rick" LeRoy Tessman, please visit our flower store.