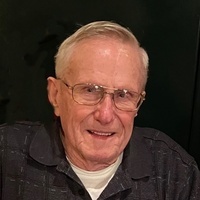 Harold Anthony Mayer was born on January 28, 1932 in Mentor Township, Clark County, WI the son of Theodore and Beatrice (Brandsteter) Mayer. He moved with his parents to the Town of Cleveland, Jackson County, WI at the age of 4. Harold attended Sunnybrook School and graduated from Fairchild High School in 1950. Following graduation, he worked various jobs until entering the United States Marines in February of 1952. He served until his honorable discharge in February of 1954. Many years later, on September 11, 2016 he was proud to be honored for his service by flying on the honor flight to Washington D.C. After returning home from the service, he worked for the Marlin Schmidt Cheese Factory for 3 ½ years both hauling milk and factory work. In June 1957, he purchased his first can milk route in Neillsville. In 1959, he purchased another can route which he operated until 1966, hauling to the former Neillsville Milk Products. He also operated a partnership bulk milk route until 1970. He made three trips per week (1959-1976) from Black River Falls for the late Norb Schlegelmilch hauling bottled milk from the former Thomas Brothers Dairy. During this time, he also hauled pop and beer for a local distributor. Harold also used his truck for moving families and hauling wood. In addition to hauling milk, he drove school bus for 3 ½ years. In May 1970, he began employment with the city of Neillsville Street Department and retired from that in January 1996.

On November 4, 1961, after meeting at the Silver Dome Ballroom, Harold was united in marriage to Janice B. Greeler at St. John’s Evangelical Lutheran Church in Neillsville. After retirement Harold and Janice did lawn care and snow removal for various businesses and individuals for 20+ years. He was also a part-time driver for Gross Motors, for numerous years. He enjoyed his grandchildren, great grandchildren, playing cards, visiting casinos, traveling and gardening.

Funeral Services for Harold will be held at 10:30 a.m., Saturday, March 7, 2020 at the Gesche Funeral Home in Neillsville, WI. Pastor Terry Marg will officiate. Interment will be in the Neillsville City Cemetery with Military Honors performed by the Neillsville Veteran’s Council and the Wisconsin Honors Program. Visitation will be from 4:00 to 7:00 p.m., Friday March 6th and from 9:30 to 10:30 a.m., Saturday the 7th at the Gesche Funeral Home in Neillsville.

Memorials may be directed to Harold’s family for designation at a later date.

To order memorial trees or send flowers to the family in memory of Harold Anthony Mayer, please visit our flower store.