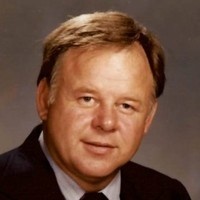 Family and friends are welcome from 1 p.m. until 4 p.m. on Saturday, October 20, 2018 at the American Legion in Neillsville for a celebration of life reception.

Harlen was born in Thief River Falls, MN on October 21, 1943 to Hubert and Lila (Peterson) Sunsdahl. He attended schools in Goodridge, Thief River Falls and Aurora, graduating from Tower-Soudan High School in 1961. After spending two years at Mesabi Junior College in Virginia, MN he enlisted in the US Army in 1963 and was stationed in Berlin, Germany where he became a Sergeant in the military police. He was honorably discharged in 1966.

He received a Bachelor of science degree from Bemidji State University in 1968 and went on to teach physical education and coach football, basketball and track at Henning, Minnesota. In 1970, he and his wife Diane began teaching in Neillsville. He coached high school football for 10 years until 1980 and had many memorable players and teams including a state championship in the 1975-76 school year. Harlen received a Master of Science degree in School Administration from Winona State University in 1980. He was the assistant principle under Henry Lukes until 1985 when he became head principle. He retired early due to medical reasons.

He was a member of Calvary Lutheran Church, AWSA (Association of Wisconsin School Administrators), the Cloverbelt coaches Association, served on committees at the WIAA (Wisconsin Intercollegiate Athletic Association), As well as having memberships in American Legion Post 73 and Masonic Lodge 163, Rotary and Neillsville Men’s club.

Harlen Enjoyed all sports, deer hunting and fishing, especially on Lake Vermilion in Tower, Minnesota and Nelson Lake at Hayward, Wisconsin for many years. His interests also included watching the Packers/Vikings rivalry, reading world history of the old Chinese and Roman empires, current events, and birdwatching. He especially enjoyed his grandchildren.

He is survived by his wife, Diane of 51 years and children Eric (Richelle) Sunsdahl of Rosemount, MN, Katy (Chris) Montgomery of Waterville, MN and Lee (Jamie) Sunsdahl of Tampa, FL; grandchildren Ethan, Hanna, Isabel, Lydia, Aubree and Paislee as well as step-grandsons Justin and Christian. He is further survived by his sister Bonnie (Norm) Curran of International Falls, MN and nieces Tammie, Gina, and Kim and nephew, Steve. He was preceded in death by a son Ryan at birth, his parents, brother Steve and sister-in-law, Rita.

In lieu of flowers, memorials will be used in a way to honor Harlen’s memory and spirit.

To order memorial trees or send flowers to the family in memory of Harlen E. Sunsdahl, please visit our flower store.