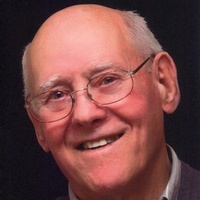 Frederick Charles Seelow was born on November 16, 1929 in Neillsville, WI the son of William and Sarah (Pedder) Seelow. He graduated from Neillsville High School in 1949 and then attended the University of Wisconsin’s agriculture program in Madison. On November 10, 1951 he was united in marriage to Ardes E. DeMert in Neillsville. A year later, in November of 1952, he began serving in the United States Army. He did his basic training at Camp Roberts in California and then was stationed in Korea in July of 1953. He was honorably discharged in November of 1954 and he and Ardes moved to Milwaukee, where Fritz worked for Appleton Electric in South Milwaukee. A short time later, they moved to Granton, WI and Fritz, while farming, also worked as a cheesemaker at York Dairy. They continued farming until 1964 when they sold the farm and moved to Neillsville. Fritz began working for the city of Neillsville and eventually replaced Walter Beyer as the Superintendent of Utilities. He retired in 1994 and for nine years they wintered in Arizona.

Fritz was a member of St. John’s Evangelical Lutheran Church. He was a volunteer Fireman for the city of Neillsville and a member of the Haugen-Richmond American Legion Post #73 in Neillsville of which he served in the military honor guard. Fritz enjoyed fishing and the summer months.

He was preceded in death by two sons, Thomas and Frederick, his parents, two brothers, Kenneth and Russell and two sisters, Donna Marie and Lila Burr.

A Memorial Service for Fritz, will be held at 11:00 a.m., Saturday, September 22, 2018 at St. John’s Evangelical Lutheran Church. Pastor Timothy Biebert will officiate. Music will be provided by Judy Trunkel, organist. Military honors will be performed by the Neillsville Veteran’s Council. Interment will be in the North Pine Valley Cemetery at a later date. Visitation will be from 4:00 to 7:00 p.m., Friday at the Gesche Funeral Home and from 10:00 to 11:00 a.m., Saturday at the church.

Honorary casket bearers will be all his nephews.

To order memorial trees or send flowers to the family in memory of Frederick "Fritz" Charles Seelow, please visit our flower store.