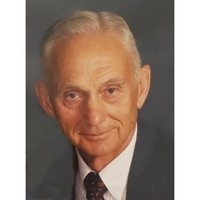 A livestream of Frank Pekol's Memorial Mass of Christian Burial can be seen just below this obituary starting at 11:00 a.m., Saturday, November 14, 2020.

Frank E. Pekol, 85, of Neillsville, WI died on Wednesday, November 4, 2020 peacefully with his family by his side.

Frank Edward Pekol was born in the town of Seif, Clark County, WI on May 24, 1935 to Frank F. and Mary (Rakovec) Pekol.  He attended Worschel Elementary School and Greenwood High School graduating in 1953.  Frank had a beautiful busy creative life. He worked hard at many things including helping to build the drive-in theatre in Christie, WI and working with Plautz Brothers starting in 1954.  In 1958 Frank was drafted into the United States Army where he served state side for 2 years.  He talked about his Army years with great fondness and how lucky he was he didn’t have to go to battle.  He had the honor of meeting Harry Truman and enjoying a great visit with him.  After he returned home he went back to work for Plautz Brothers.  On July 1, 1961 he was united in marriage to Janice Schnitzler in Marshfield, WI.  They lived in the Willard area and eventually moved to Frank’s home farm where they raised 4 children.  They decided in 1979 to start their own road construction business with co-worker and friends, Floyd and Virginia Plautz.  They crushed gravel and built roads all over the area for 22 years as Plautz, Pekol.  They sold their company and retired in 2001.   Frank loved dancing and polka music and learned to play the accordion to entertain his family and friends.  He also loved hunting, fishing and working in the outdoors.  He was a 4-H leader for his kids and was an excellent carpenter and woodworker.  Frank remodeled his own home and graciously helped his kids with their remodeling projects.  He loved to putter around his workshop and at Christmastime his family would wait with anticipation of, “what did Frank create this year?”  Beautiful rocking horses, cradles, cutting boards, salt and pepper shakers, trinket boxes, rolling pins, recipe boxes and his latest pizza paddles along with many many other projects are all treasured by his family and friends.   Frank was known for making and enjoying maple syrup for 82 years.  He took a few years off while running his business.  Frank loved to share his stories (a million times) with anyone and everyone who visited the Syrup Shack.  That was his piece of paradise.  Frank and Jan loved travelling and were able to complete their bucket list by visiting all 50 states and touring Europe including Slovenia where his parents originally immigrated from.

Frank was a lifelong member of Holy Family Catholic Church in Willard and KSKJ.

He was preceded in death by his parents and a sister, Angeline Langreck in 1966.

We would love to invite the “millions” of family and friends Frank has but due to Covid-19 a private Mass of Christian Burial will be held for immediate family.  Inurnment will be in Holy Family Cemetery.  Military Honors will be provided by the Neillsville Veteran's Council.

To order memorial trees or send flowers to the family in memory of Frank Edward Pekol, please visit our flower store.