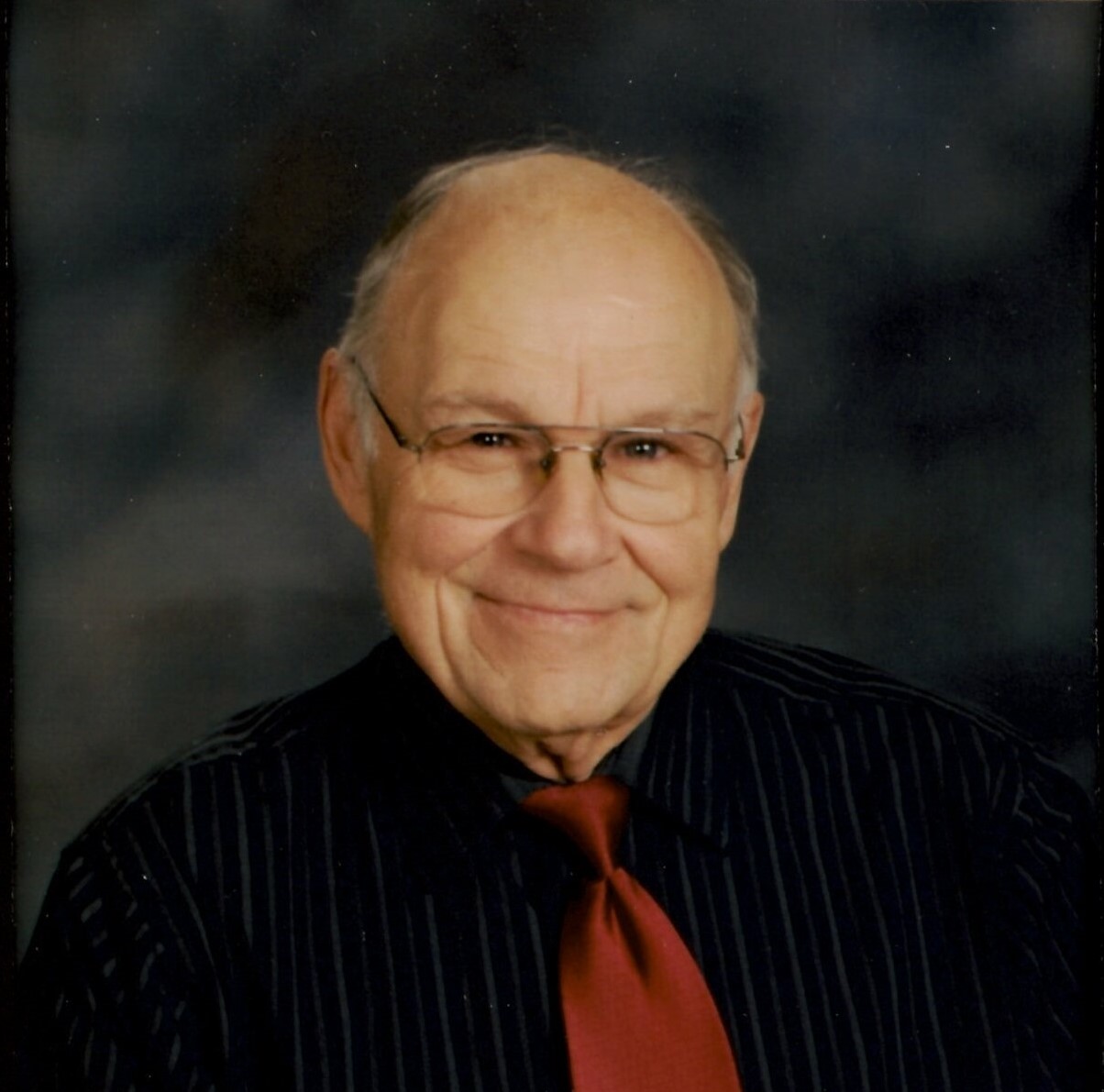 A livestream of the Mass of Christian Burial. committal rites and military honors for Duane can be viewed in the box at the bottom of this obituary beginning at 10:30 a.m. on Monday, October 17, 2022.

Duane Lawrence Peterson was born on November 15, 1942, in Abbotsford, WI the son of Lawrence E. and Rita A. (Schmitt) Peterson. He attended Riverside and Rosedale grade schools, graduating from Abbotsford High School in 1960. While attending school, he worked for a neighbor on his farm. He was 17 when he enlisted in the U.S. Navy in September 1960. Duane went to boot camp at Great Lakes, IL. While waiting for school to open at Great Lakes Naval Base, he was sent to Brooklyn Navy Yard. During his duty there, he was involved in fighting a huge fire that broke out on the aircraft carrier USS Constellation CVA 64. This was a 7-alarm fire, in which 50 civilian Navy yard workers lost their lives. He also helped in search and rescue and unloading the cargo. There was a reported $75 million in damages. He received a Letter of Commendation from the Commander of the Navy for significant assistance that he provided in the rescue effort during the disastrous fire. Duane returned to Great Lakes for 28 weeks of electronics technician schooling. He then reported aboard the USS Eaton DDE 510, a Navy destroyer out of Norfolk, VA. Five of these smaller ships surround an aircraft carrier at sea. He was then transferred to the USS Shenandoah AD 26, a Navy tender that supplied the destroyers with ammo and fuel. He was on this ship for 6 months as it sailed the Mediterranean, working as a radar repairman. Duane was honorably discharged in 1963. He returned home to work at the Eggebrecht Cheese Factory. On September 18, 1965, he married Rosaline Hebert at St. Mary Catholic Church in Colby, WI. He began working at Packaging Corporation in Colby. In 1967, they moved to Cobb, WI, where he worked as a technician for Tri-State Breeders. Two years later, they decided to move to Neillsville, when an opening came up with Tri-State in this area. In 1973, he and Rosaline bought the Green Lantern Tavern in downtown Neillsville. They ran that business for 30 years. After selling the business, he went to work at Leeson Electric until his retirement in 2010.

Duane loved playing polkas on his button accordion, mouth organ and mandolin, and even recorded a CD of polka hits. He also played for the residents at many nursing homes and for special events. He enjoyed cooking and grilling, using the same grill for 30 years. He also enjoyed biking and volunteering at The HighGround Veteran's Memorial.

Duane also loved hunting and had coon, bear, and coyote hounds. He also wrote a book, "Pouring over the Memories," which detailed the many experiences that occurred at the Green Lantern Tavern.

He was preceded in death by his parents, two nephews, Jeff Panten and Kurt Sundermeyer, a niece, Danielle Ellis and a brother and sister-in-law, Kenneth and Judy Peterson.

In lieu of flowers memorials may be directed to the family for designation at a later date.

To order memorial trees or send flowers to the family in memory of Duane Peterson, please visit our flower store.