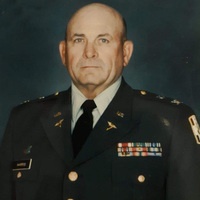 Don's memorial service, though private, will be livestreamed on this website beginning at 10:30 a.m., December 12, 2020. You will be able to find the livestream below his obituary.

Donald L. Harris, age 80 or in his 81st year of life, was activated for his final deployment Saturday, November 28, 2020 at the Marshfield Medical Center in Marshfield, WI.

Donald Lee Harris was born on August 20, 1940 in Crawford County, Kansas the second son of Bud and Florence Ellen (Westhoff) Harris. He grew up between Kansas and Idaho with his parents and 5 siblings. He studied at Kansas State University, where he earned his Bachelor of Science and Doctrate of Veterinary Medicine. He then attended the University of Wisconsin-Madison and earned his Master of Pathology and Toxicology.

Donald was commissioned into the United States Army on December 18, 1964. He actively served two years and in 1967 served in the United States Army Reserves until his retirement on January 9, 2005. Donald’s biggest boast was the fact that from the date of his commission until the date of his death – he never had a break in service to his country and the fact that he wore his uniform for 40 years and 22 days. Donald was a Bird Colonel for almost half of his career and he had 18 deployments, visiting 39 foreign countries. His last deployment for the USAR was as the Commander of the Military Hospital in Kosovo.

Donald was united in marriage to Penny L. Corbin on December 20, 1969 in Madison, WI. Donald moved to Neillsville from Oregon, WI in 1977 with the rest of the family following in 1978. Donald worked in contract research for Wedge’s Creek Research Farm until its closing around 1980. It was in the following years that Donald became involved with many different adventures. He was the town chairman for the township of Pine Valley for numerous years. Donald was involved with a couple of livestock nutritional companies while raising his own beef herd. Donald traveled with his livestock nutrition position but found time to coach several youth sports teams – baseball, basketball, and flag football. Life decided to keep him closer to home and he taught at Sunburst Youth Homes as a Vocational Arts (woodworking) Teacher for several years. During this teaching adventure, Donald became a dairy farmer and the dairy cows remained until 2001 when his military career was demanding more of his time – the beef cows remained. After his military retirement and in 2007, he accepted the position of Facility Manager of the new American Legion Hall in Neillsville, a title he held until his death. He loved hunting and everything that lead up to the gun-deer season. For many years, he would strategize with his good friend, Richard Coy, and there weren’t many gun-deer seasons he missed over the years.

Donald is survived by his wife of 50+ years – Penny L. Harris

There will always be a special place for all of the children and grandchildren he chose along the way to bring into our family.

He was preceded in death by his parents, his sister – Elaine O’Brien, a brother-in-law – Charles Bird, and a niece – Danielle Harris.

A public visitation for Donald will be held on Friday, December 11, 2020 from 4:00-8:00 p.m. at the Gesche Funeral Home in Neillsville, WI. A private Mass of Christian Burial will be held at St. Mary’s Catholic Church, Neillsville, WI on Saturday, December 12, 2020. The celebrant will be Rev. Gregory Michaud. Internment will be in the North Pine Valley Cemetery with military honors performed by the Neillsville Veterans Council and the Wisconsin Military Honors Team.

In lieu of flowers – memorials may be given for designation at a later date.

To order memorial trees or send flowers to the family in memory of Donald Lee Harris, please visit our flower store.