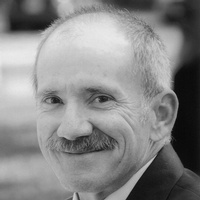 Daniel David Fitzmaurice was born on December 20, 1957 in Neillsville, WI the son of Phillip James “Rusty” and Edith Julieanne (Vinney) Fitzmaurice. He graduated from Alma Center High School, was united in marriage to Wendy I. Kudron on June 21, 1976 in Black River Falls, WI and a year later enlisted into the United States Air Force, serving in active duty from 1977 to 1991. In 2000, Dan enlisted into the Air Force Reserve and served a tour in Afghanistan. He returned in 2011 and in 2012 he retired from the Reserves. In retirement from the military, he formed his own company doing carpentry work in the Humbird area.

Dan loved harassing people and being an overall jokester. He had many interests, but especially enjoyed working on cars, bowling, golfing, riding his Harley-Davidson, camping and above all, spending time with his grandchildren.

He was preceded in death by his father, Phillip “Rusty” Fitzmaurice, a brother, Gary Fitzmaurice, a niece, Heather Kinchen and two brothers-in-law, Bruce Rochester and Bob Dobson.

A gathering for family and friends will be held from 11:00 a.m., to 1:00 p.m., Friday, February 22, 2019 at the Gesche Funeral Home in Neillsville, WI. Military honors will be performed by the Neillsville Veteran’s Council and the Wisconsin Military Funeral Honors Program.

To order memorial trees or send flowers to the family in memory of Daniel David Fitzmaurice, please visit our flower store.