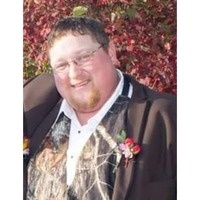 Craig “Bubba” or “Bubbles” Dietrich, age 41, passed away suddenly Sunday, October 4, 2020 after enjoying a traditional Sunday breakfast with immediate family that was filled with laughter. We were forced to say, “We will miss you always,” too soon and will forever remember him as a wonderful husband, father, grandson, son, brother, nephew and friend to all.  He was a man that was always willing to lend a hand and help whomever he could and was accepting of everyone he met.

Craig was Born on July 1, 1979 son of Karen Dietrich and welcomed with open arms by his beloved Grandma “D”, Lucille Dietrich. Craig always made it a point to call and stop in to check up on her and always would squeeze out one of her famous egg sandwiches. “Don’t forget the second egg Grandma”, he would say.

Craig met the love of his life Valerie Lodahl in September of 1998 and they were united in marriage November 6, 1999. They have three children Dakota, Levi and Carly, whom Craig adored and was so proud of.

Craig was a well-rounded man and known as a “Jack of all Trades” he started on his career path at Wisconsin Tele-cable “WTC”, where he learned a range of skills as a heavy machine operator.  From there Craig went on to own and operate Dietrich’s Welding, Craig’s Snowplowing and his last adventure and beloved hobby was working with maple syrup. This undertaking with his longtime friend turned into the very successful Craig’s Pure Maple Syrup business. Craig carried many other side jobs along the way sharpening his skills and learning as he went. He enjoyed the outdoors and learned to love planting and harvesting fields, some novice construction work, and apprenticed as a mechanic. He loved to learn new things and enjoyed keeping busy.

Aside from his work Craig enjoyed time outdoors either on the lake fishing or out hunting. He enjoyed building derby cars, camping with his sons, and participating in Cub Scouts and Boy Scouts. His most recent favorite thing to do was watch football with his son Dakota and just spend time with his family in general.   Craig can be best known for always making any experience fun, having a good time wherever he went, and accepting whomever came along for the ride. He could make friends and share laughter with anyone, had a contagious love for dancing (busting a move whenever he was given the chance), and could make anyone smile.

He was predeceased in death  by Uncle Mike Dietrich, Grandpa Carl (Tucker) Dietrich and great grandparents.

A Celebration of Life will be held at:

To order memorial trees or send flowers to the family in memory of Craig "Bubbles" Dietrich, please visit our flower store.