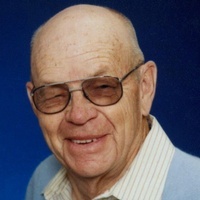 After a life long-lived, passed away peacefully to be reunited with his wife and daughters on Sunday, July 1, 2018, at the Wisconsin Veterans Home in King, Wisconsin. Al was born July 6, 1925, in Westby, Wisconsin, the 3rd son of Ella (Pedersen) and Nordahl Stigen, and was fondly known by his siblings as “Babe.” In March of 1944, he was drafted into the U.S. Army and served as a refrigeration mechanic in the Phillippines during World War II. His Battalion was acknowledged for honor and distinction during a 67-day engagement with the enemy and credited as a major force in the liberation of Mindanao Island. He was honorably discharged in November, 1946, and returned to the States where he met his wife, Dorothy (Fleck) Stigen. They were married November 27, 1948, at St. Matthias Church in Chicago, Illinois, and moved to Neillsville, Wisconsin. As a young father to three daughters, Al worked as a farmer and truck driver until his retirement, when he and Dorothy relocated to Rosholt, Wisconsin. Their hobby farm, raising pigs, chickens and sheep, and tending a large garden, became the family homestead that is fondly remembered by their grandchildren. In 2005 his family honored him with a Legacy Stone at The Highground Veterans Memorial Park in Neillsville. Quiet and unassuming, Al was widely loved by his family, and everyone’s favorite brother, uncle, cousin and friend.

To order memorial trees or send flowers to the family in memory of Argil "Al" Wendelin Stigen, please visit our flower store.